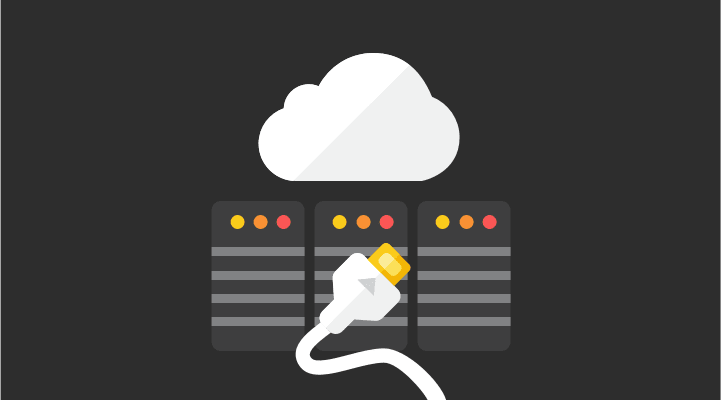 Today we had a severe DNS issue that impacted some of our users during a total of 5 hours. Although most of our customers were not impacted, for some of them search simply went down. This event and its details deserved to be fully disclosed.

Up until recently, we were using Amazon Route 53 for our DNS routing needs. When we started to design our Distributed Search Network (algolia.com/dsn) a few months ago, we quickly realized that our needs were out of Route 53’s scope: we needed a custom routing per user and the two options of Route 53 simply didn’t work:

This is a tedious process for a not even good solution as route 53 does not support EDNS right now.

So we started to look for new DNS options. Choosing the best DNS provider is not something you do overnight. It took us months to benchmark several vendors and find the right one: NSOne. The filter chain feature of NSOne was a perfect fit for our use case and the NSOne team was great in understanding our needs and even went the extra mile for us by building a specific module, allowing better performance.

Something we also discovered during this benchmark was that the algolia.io domain was not good for performance compared to algolia.net, as there are far more DNS servers in the .net anycast network than in the .io one. The NSOne team offered us a smart solution based on linked domain, so we wouldn’t have to maintain two zones ourselves.

The goal of the migration was to move from Route 53 to NSOne. For several weeks we have been working on importing the records in NSOne and making sure Route 53 and NSOne were synchronized. Our initial tests revealed some issues but after a few days of continuous updates without any difference between Route 53 and NSOne, we started to be confident about our synchronization and started the migration of the demos of our website to make them target the new algolia.net domain. We tested the performance and resolution from all NSOne POP (https://nsone.net/technology/network/) to be sure there were no glitches.

These first production tests were successful, synchronization was ok, performance and routing were good, so we decided to move the .io domain from Route 53 to NSOne as well.

The big issue when changing the DNS is that it is global and involves caching logics, making rollbacking complex. With users in 45 countries it is almost impossible to find a suitable time for everyone: DNS changes cannot be done gradually. We decided to push the update during the night for the US, at 4am EST.

We witnessed a quickly rising number of queries targeting NSOne and it’s once we reached about 1,000 DNS queries per second that we started to receive our first complain about failed DNS resolution. This routing issue was not impacting all DNS resolutions but some of them were replying with a NXDOMAIN answer, the equivalent of a DNS “404 not found”.

After double-checking our DNS zone for those specific records, we understood it was a NSOne bug related to our custom routing code. We immediately rollbacked to Route 53.

The NSOne support was really quick to react and they found the issue pretty quickly: the issue only concerned some DNS with EDNS support on the algolia.io domain. The algolia.net domain was not impacted, explaining why all the tests we’ve done weren’t able to detect the issue before.

Unfortunately, it did not stop here and something very unexpected happened: some customers (even not priorly impacted) started to face issues right after the rollback to Route 53.

In order to improve performance, the custom Algolia module developed by NSOne was doing some translation on our records: APPID-1.algolia.io is translated into 1.APPID.algolia.io and then resolved to CNAME for the actual server in the cluster serving that customer. The translation of APPID-1.algolia.io to 1.APPID.algolia.io was done with a TTL of 86400 seconds (1 day). Since these zones did not exist in Route 53 before, it was not possible to resolve there records anymore. What made the situation even worse was the TTL far exceeding the TTL of NS records. Most of the DNS servers flushed their cache for the domain, once the nameservers changed. But the remaining ones kept the record cached.

We were in a bad situation feared by all engineers, this lonely moment when you really miss a “purge cache” feature.

Eventually, as soon as we got confirmation of the fix by NSOne, we changed again the DNS of algolia.io to NSOne and helped our customers to workaround the issue before the cache expiration:
for our customers impacted by the NXDOMAIN issue, a simple migration to the algolia.net domain instead of the algolia.io problem fixed the issue;

for those impacted by the Route 53 rollback issue, we created new DNS records for them to avoid work-around DNS caches.

Conclusion: what we learned

This is by far the biggest problem we have encountered since the launch of Algolia. Although the first issue was almost impossible to anticipate, we have made mistakes and should have handled a few things differently:

DNS is a highly critical component and being the first to use an external custom module was not a good idea, even if it improved performance;
Putting more thought into the rollback part of our deployment would have helped us anticipate the second issue. For a component as critical as a DNS, having a robust rollback process is mandatory, no matter how much work it represents and even though such an event is extremely unlikely to happen.

We’re very sorry for this disruption. We wanted to share these technical details to shed some light on what happened and what we’ve done in response. Thanks for your patience and support.

If you think we missed anything or if you’d like to share your advice on your own best practices, your comments are really welcome.